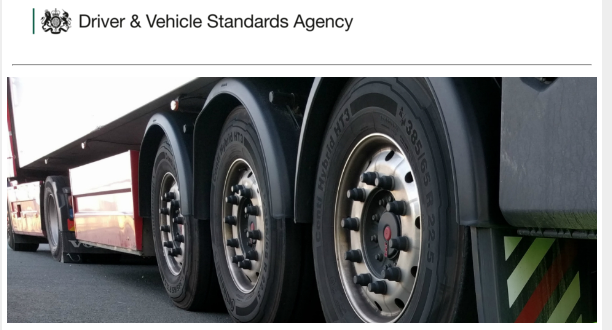 The Department for Transport is seeking views on a proposed ban on tyres aged 10 years and older from certain vehicle types, to improve road safety.

The consultation closes on the 1 September, so there’s only around 2 weeks left to have your say.

The Department for Transport is considering introducing regulations that ban the use of tyres aged 10 years and older on:

heavy goods vehicles
heavy trailers
buses, coaches and minibuses
The consultation follows a campaign by Frances Molloy, whose son Michael died in a coach crash caused by a 19-year-old tyre in 2012. Her work with the ‘Tyred’ campaign led to the consultation being launched.

Find out more about the proposals and give your views on the consultation.

Want to join the discussion?
Feel free to contribute!

This site uses cookies. By continuing to browse the site, you are agreeing to our use of cookies.